How to Recognize a Bruised Heart

Prior to becoming a minister and rededicating her life to Christ several years ago at age 28, Minister Penny J. Little of Evangel Cathedral in Upper Marlboro, Maryland, struggled for years with a heart severely bruised by rejection, feelings of emptiness, and deep regret.

A married mother of three who at that time was burdened by disappointment and many unanswered questions, Minister Penny, as she is affectionately called, had been unhappy with decisions she had made that had altered the course of her life. 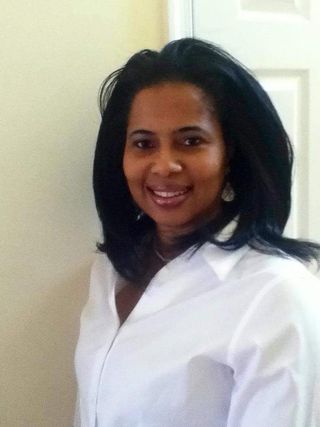 “I think I got to that point where you really do start to recognize that you can do a lot of things in life but you feel that emptiness that a person could walk around with in their heart.  They’re never satisfied – nothing really works out for them no matter how hard [they] try,” said Minister Penny, the author of Treasures of a Broken Heart, a book that addresses how to overcome a bruised heart – a heart damaged by rejection, pain, and regret.

“It seemed like everywhere I turned, everything was kind of like spiraling in a downward fashion to the point that, you know, I like literally can say I believe it was my bottom point. I was at that time just realizing that nothing I could do for myself was working…”

Minister Penny was very unhappy, mad at God, and questioning where she was in life until she decided to have a talk with the Lord about why He had “allowed” her life to become so miserable and it was then that everything changed.

“When I really started having an honest conversation with God and said, you know, that I was angry because of this event, this happened and this happened and I started to say, ‘Where were you?  Why did you allow this?’  I didn’t think he was going to answer but He did….,” said Minister Penny.

And what He said rocked her world but also served as a catalyst for her deliverance and a reassurance that He had never left her and that there was a purpose in her pain.

“So He allowed me in an intimate place so that he could show [me], so it wasn’t just about [me].  It was a bigger plan….  And He started to show me that even in the darkest place, ‘I was still there.  I was protecting you.  I had to allow things to happen but it was orchestrated.  It was a controlled environment….,” said Minister Penny.

After God spoke to her, Minister Penny decided to revamp her life and immediately made some decisions.

“At that point, He turned my life upside down.  I had to literally walk away from everything but it was the best thing that I could have ever done because at that point it wasn’t about what was tangible, but it was about what was miserable on the inside and that’s when I discovered for me what the essence of life is,” said Minister Penny. “We can do a lot of things to cover up but if you have no peace within your heart, you know, life doesn’t mean anything.”

And that is how her book was birthed.

“When I started to question the why, I started to peel back those layers of the heart where God could minister to me so that I understood how I got my mind experience to that point of understanding so I could write that,” said Minister Penny.  “I could express that in a way that other people could not so I don’t know if I started off writing to help someone else.  I was literally trying to help myself.”

So, how does one know that he or she has a wounded or bruised heart?  Minister Penny says it could be an event that really unsettles and traumatizes a person but she believes relationships are a breeding ground for bruised hearts and so many people are stuck in the past and don’t believe they can start over.

“….I believe when we lose our voice in a relationship whether it’s with our parents, girlfriends, or even an intimate relationship with another person, when you start to deny what is your true authentic thought, your true authentic perception or how you see things.  When you start to want to please someone else to the point that you quiet your voice,” said Minister Penny. “You start to go inside internally and set up these little places, little doors and little windows where we compartmentalize our heart, put it over on the side and say, ‘I’m just not going to deal with it….’”

And not dealing with it is a major point of concern.

“….And you continue along that path and before you know it, you have like this whole hidden cave of events that you have never dealt with and that becomes a sort of a bruise … because anything that is sore or tender or painful within the human body is a bruise.  It must get a release point…If you cut yourself, there’s a release of blood so there can be a healing but a bruise is different.  There’s no access for it to release because it’s internal….,” said Minister Penny who believes most people don’t realize they are bruised or wounded.

Three Ways to Know That Your Heart Is Bruised, Wounded, and Broken

1. You Have an Unforgiving Heart

“When you are a bruised person, you can’t release.  You can’t let things go.  It doesn’t mean that you let things go overnight, but forgiveness is a choice and it is also a process through which you are willing to consider, ‘I don’t want to continue to have whatever issues against the person or situation.  I want to be free. I want to walk in that freedom,’” said Minister Penny.

“ You don’t like to be engaged in relationship[s].  You don’t always [like to be engaged].  When you’re bruised internally and no one knows, you’re always the protector of the next relationship, the next possibility of getting hurt so you have a guard up,” said Minister Penny.  “You have this wall around you and you’re very selective or sometimes within your own heart, you just ward off intimacy.  You just keep everything cut and dry.  You don’t engage life.  You don’t engage people and you don’t allow people to engage you so you literally become this recluse within your own heart.”

She says that although the Bible says the heart is to be guarded, God “did not design” for his children to be devoid of healthy relationships.

“You become stuck in what’s safe.  So If work is safe for you, you become a person who is totally engaged in [your] work and nothing can take that from you because that’s where [you] can control it, that’s where [you] have [your] success.  That’s where [you] do well according to [your] own definition because it doesn’t require anything to engage [your] heart….,” said Minister Penny.  “Anything that causes you to walk around in these little circles where you have created safe havens.  Anytime we take ourselves out of the situation of being able to give and receive love, we are in essence not living.  We’re just walking around existing and your heart is meant to give love and receive love.  That’s how God designed us and built us….”

For Minister Penny, the pain ended when she got real with God and she encourages others to do the same.

“….It is a problem when we allow that bruised broken heart to exist past a certain point.  Everything can come to an end.  There is healing for every issue in our heart if we believe that so that when we become stuck, we no longer have hope that something can change for [us],” said Minister Penny.  “We have decided that this is how I’m going to be and I will just travel through these safe havens of life and I will be the person that controls whether or not I give or receive love.”

Continued in Part II:  How To Heal from a Bruised Heart

Minister Penny J. Little is an entrepreneur, mother, wife, deacon and minister at Evangel Cathedral in Upper Marlboro, Maryland.   She is the founder of F.A.C.E. Enterprises, LLC, and Kemij Publishing, LLC, and the author of the book Treasures of A Broken Heart.