Moms Making a Difference - Mary Showed Love to a Murderer - Could You?

“From Death to Life:  A Tale of Two Prisoners” 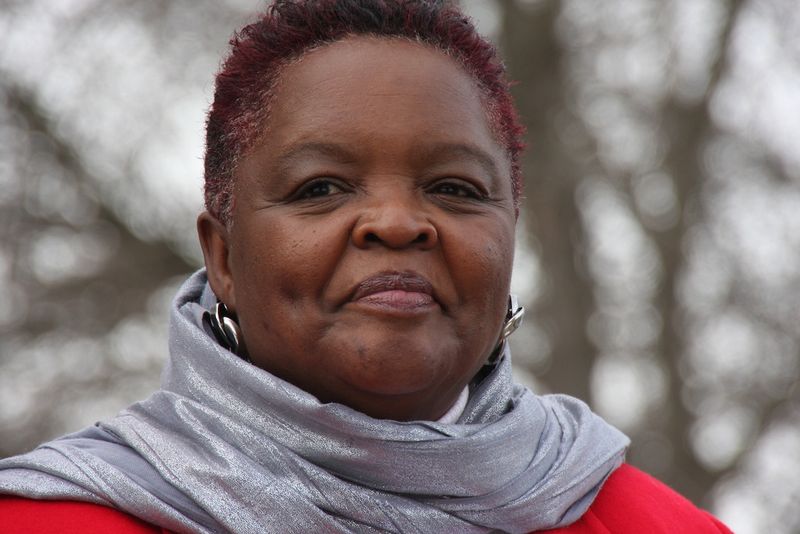 February 12, 1993.  Minneapolis, Minnesota.  A party filled with young people laughing, dancing, and having a good time was going strong for both 20 year-old Laramiun Johnson and 16 year-old O’shea Israel (formerly Marlon Green), an admitted former gang member, high-school drop-out, and drug dealer who said prior to that fateful night he had been working to change his life around and get back into school.

According to Israel, both he and Johnson were hanging with their friends that night and everything was good until their worlds collapsed and lives were changed forever.

Israel claims underage alcohol consumption on the part of both him and Johnson played a major role in what transpired and hampered communication - so much so that he ended up fatally shooting Johnson because he claims the 16 year-old uttered an offensive remark about Israel’s female companion.

Mary Johnson-Roy, Laramiun’s mother, was at work when she received a call from her sister-in-law that her son had been killed. Shocked, Johnson-Roy reacted in disbelief and called her sister to obtain confirmation.

Her memory is a blur after that.

Israel was convicted of second-degree murder and sentenced to 25 years in prison.  Ironically, he wasn’t the only one convicted.  Johnson-Roy had begun serving her own spiritual prison sentence - convicted of bitterness, anger, hatred, and unforgiveness toward the young man who killed her son.  Her sentence was brutal.

Despite the fact that she had spent the majority of her life in church and had surrendered her life to Christ a year before her son’s murder, she questioned God demanding answers as to why her only son had been murdered in cold blood. One day, God spoke to her.

For a short time, Johnson-Roy felt somewhat consoled but the coming years would prove challenging.  She found that not only was she still bitterly angry with her son’s killer, she was also furious with God.

“I hated O’Shea.  I wanted him to be charged with first-degree murder. I saw him and viewed him as an animal.  I felt that he deserved to be caged and [to] never ever get out of that cage.  Never ever be able to step on the piece of ground that I would step on and even though I was a Christian woman, that’s exactly what I wanted for him and I had a whole ‘lotta hate for him,” said Johnson-Roy.

The Poem and the Calling

One day, Johnson-Roy came face-to-face with her rage when she read a poem called “Two Mothers.”  The poem is about two mothers grieving the loss of their sons in heaven.  As one mother describes her son, the other mother recognizes that the woman speaking is actually Mary, the mother of Christ, and bends on one knee in humility.  Mary lifts her up and kisses the tears from her face and asks the other mother who her son is.  The other mother replies that her son is Judas Iscariot and the poem abruptly ends.

“I read it [the poem] again and this time I heard within myself, ‘I [God] want mothers of murdered children and mothers of children who have taken life to come together and heal together and I thought, ‘No way, uh uh.  I’m not doing that.  I don’t want to be involved in that.  I don’t want to be involved with the mother of a child who has taken life.’  But, over the years, I just kept hearing, ‘This is what you’re to do.  This is what you are to do,’ ” said Johnson.  “So, I finally said if I’m going to do that, I need to go and meet O’shea.  And I thought if I have been set free from all the bitterness and hatred-I knew I needed to be. I had to be set free in order to deal with mothers on the other side of the fence.”

The Journey to Forgiveness

The journey to forgiveness and willingness to accept the call to help others took some time for Johnson-Roy.  Twelve years to be exact.  She said God walked her through the process instructing her to repent for what she had said and thought about Israel.  He also told her to pray for him like she prays for herself and to say she forgave him each time she thought about him.

In 2004, Johnson-Roy reached out to Israel for the first time with a request to meet him.  He rejected the request as he felt he wasn’t in the “right place” mentally to meet her and he also questioned Johnson-Roy’s motives. In 2005, Johnson-Roy requested another meeting with Israel and this time he agreed.  She did not know what to expect at the meeting but once it was over, ironically, Johnson-Roy said she became a “free” woman.

“It was beyond belief-what took place in that room that day.  We were able to sit down and talk.  I said, ‘You don’t know me.  I don’t know you and my son didn’t know you.’  I told him, ‘We’re here to get to know one another.’ And that’s what we did,” said Johnson-Roy.  “I was the offender set free that day. …God delivered me from, from all of the bitterness and hatred that I had for him.  He instantly took it away from me.”

In fact, after Israel hugged her in what was a powerful moment, Johnson became very emotional and a friend rushed to her side to hold her up.  She said at that moment she felt something leave her body - a root of bitterness.

“And when she lifted me up, I began to feel something moving in my feet and it moved up and up and up and I felt it leave out.  Instantly, it was over,” said Johnson.

Israel also felt free – felt like a weight had been removed from his shoulders although he still took responsibility for unjustly taking a life.

“Not only did I begin to make amends but I had to live who I said I was-the change I said I wanted to be.  So there was no turning back after that,” said Israel.

From Death to Life

Over the next five years, Johnson-Roy and Israel shared their testimony with other prisoners who marveled at their story-many wishing to be in Israel’s shoes.

In 2010, Israel was released from prison. Johnson held a “Welcome Home” party for him with people committed to helping him succeed and the two continue to share their testimony around the country as part of an organization Johnson founded in 2005 called From Death to Life that focuses on ending violence through healing and reconciliation.  The two have become very close – so close that Israel is Johnson’s next-door neighbor and she now considers him her spiritual son while Israel considers her his second mother.  Johnson has also reconciled with Israel’s mother.

Johnson likens unforgiveness to a spiritual disease eating at a person’s spiritual core.  She admits that the task of forgiving can only be done with God’s help.

Johnson doesn’t wrestle with unforgiveness anymore and advises those struggling with it to let God have His way in their lives and allow Him to take them through a process of forgiveness – a process she doesn’t regret.

“I am a free woman of God.  I am free and I’m grateful,” said Johnson.

For more information about or to donate to From Death to Life, please visit their website at www.FromDeathtoLife.us.

This is only a preview. Your comment has not yet been posted.

The letters and numbers you entered did not match the image. Please try again.

As a final step before posting your comment, enter the letters and numbers you see in the image below. This prevents automated programs from posting comments.

Having trouble reading this image? View an alternate.

(Name and email address are required. Email address will not be displayed with the comment.)