Lauretta Pierce is the CEO and founder of Covenant Cookies, Inc., based in Atlanta, Georgia. She is a mother, an advocate for domestic violence, an author, speaker, and a philanthropist. 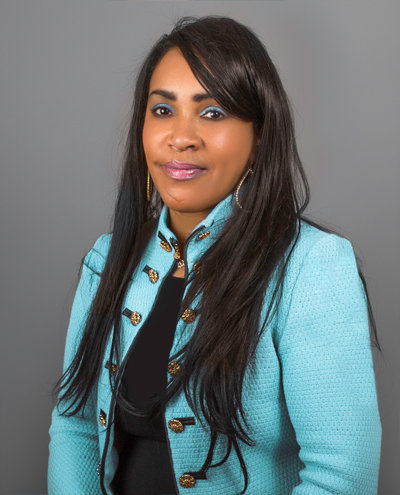 Lauretta’s backstory is anything but glamorous or picture perfect. Yet, out of her harrowing life experience came the idea for her thriving ministry and business. Covenant Cookies are gourmet fortune cookies filled with Scriptures and uplifting messages. An idea she says God gave to her at the lowest point in her life.

As a teenager, Lauretta suffered a stroke and endured ferocious domestic violence in her relationship. One incident was so horrifying that the skin on one side of her face was literally peeled off and she was left paralyzed for a year. After giving her life to Christ, things went from bad to worse; as her only daughter was diagnosed with a brain tumor, which left her blind and wheelchair-bound. Due to taking much needed time off to attend her daughter’s radiation treatments and regular hospital visits, she was soon fired from her job and lost her home.

During this time Lauretta began to desperately seek after God and the things of God. She would literally sprawl out before Him and stay in His Word morning, noon and night. Lauretta was dyslexic and could not read the Bible chronologically. Often, she would end up mixing up all her reading and this often left her confused. The way she was able to read the Bible was to target and write down specific Scriptures, which spoke particularly to her circumstances. Although hope for her daughter’s recovery seemed so dismal that it appeared death was near, Lauretta persistently prayed the Scriptures on healing over her daughter. Within months, her daughter recovered fully and was admitted into university in Atlanta. Lauretta relocated with her.

Lauretta received divine inspiration and all Scriptures she had previously written on sheets of paper and napkins during her periods of adversity, are now inserted in fortune cookies to inspire and encourage people all over the world. Covenant Cookies, which now operates two manufacturing plants based in Atlanta Georgia, and California, are available in various delightful flavors and stunning designs. She has committed her life to advocating for homeless women and victims of domestic violence. This year, Lauretta received her Honorary Doctorate of Humane Letters. Her philanthropy, advocacy work and business, have earned her several awards, which include but are not limited to, ‘One Smart Cookie Award’, ‘Dr. Martin Luther King Award’, and ABC television ‘Person of the Week’ award. She currently shares her amazing testimony

Lauretta is a living testimony of the goodness, mercy and grace of God. She shares her amazing testament wherever she goes and has recently been on Trinity broadcasting Network (TBN) and Christian Broadcasting Network (CBN). Her mission is to inspire the world – one cookie at a time.

“If God can use a Cookie to change such a broken life as mine, think of what God can do for you,” says Lauretta.